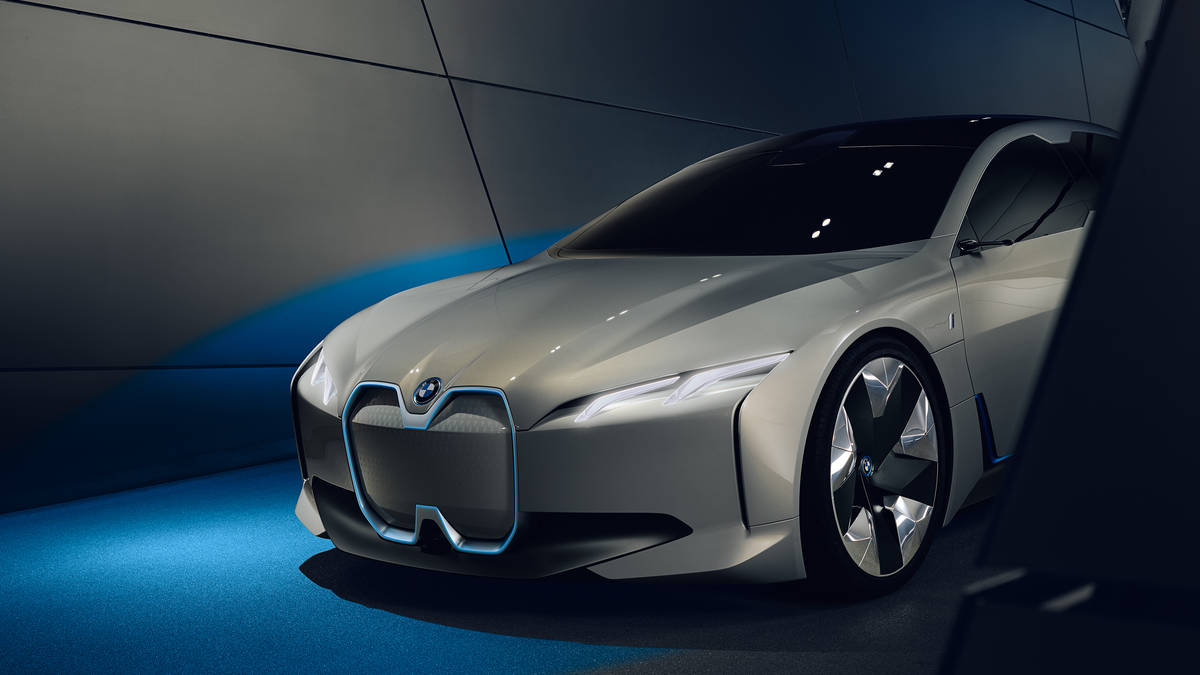 It seems just about every European automaker is readying a Tesla Model 3 fighter at the moment, and BMW is no exception. Tipped to be badged as the i4, the Bavarian Tesla Model 3 has been spotted with heavy camouflage in recent days, about a year and a half after an electric sedan was previewed at the 2017 Frankfurt motor show in the guise of the i Vision Dynamics concept.

While the awkwardly named i Vision Dynamics concept sported some adventurous bodywork, looking like a background prop from "I, Robot," the prototypes that have been spotted testing look anything but adventurous. Instead, they look a lot like a 4-Series Gran Coupe.

While it's still a little early to draw conclusions about exactly how the i4 will look once it arrives in 2021, it's not surprising BMW would choose a relatively established design direction for its first EV sedan: Early hybrids like the i3 and the i8, purchased by early adopters, needed avant-garde exteriors. Now that the regular BMW buyers are looking at electric cars alongside gasoline-powered cars, something that looks a lot like a 3- or 4-Series is the way to go.

"By 2025 we will be offering 25 models with an electrified drive system -- of which 12 will be pure-electric," BMW said during the debut of the i Vision Dynamics concept in 2017. "With the BMW i Vision Dynamics, we are showcasing how we envisage future electric mobility between the i3 and i8: a dynamic and progressive, four-door Gran Coupe."